Well Class 2 have had a busy half term!
We have started our new Science topic of ‘Earth and Space’ and have been doing lots of exciting activities.

Last week, children from Class 2 and 3 made some rockets during Art using junk modelling, they were amazing! They have also made ‘Top Trumps’ cards with facts about each of the planets. 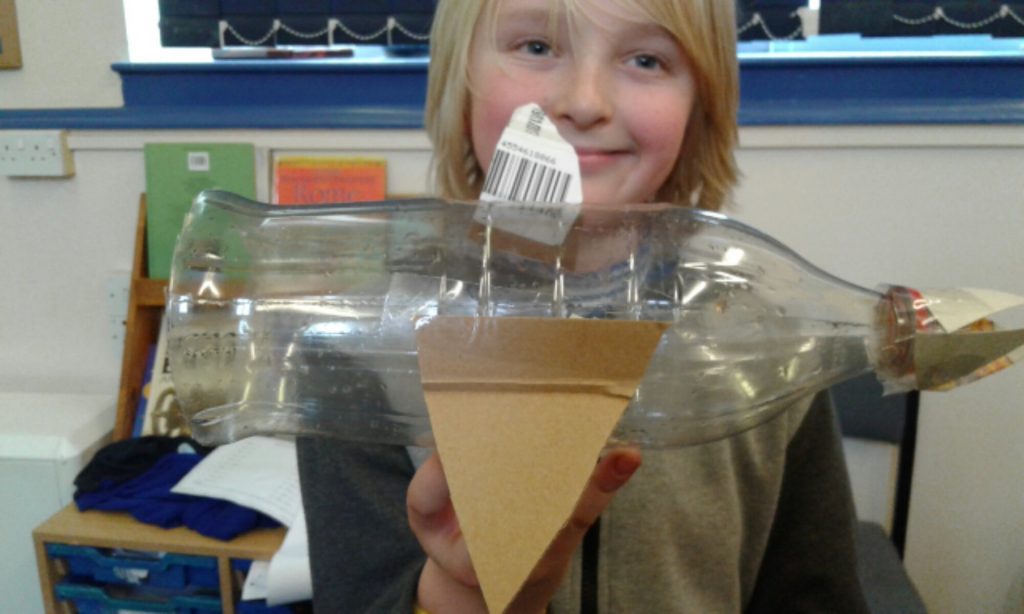 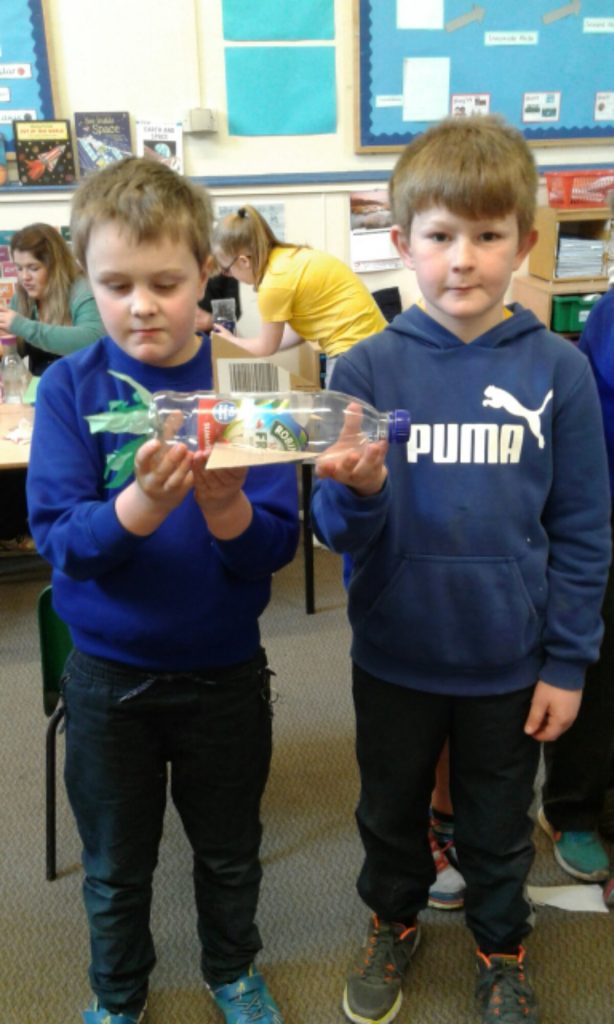 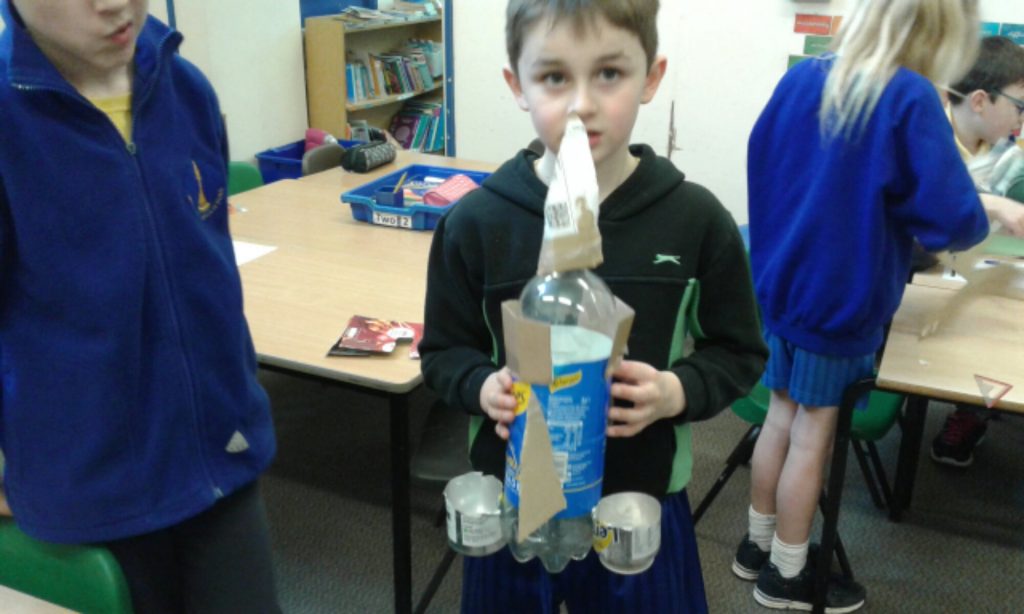 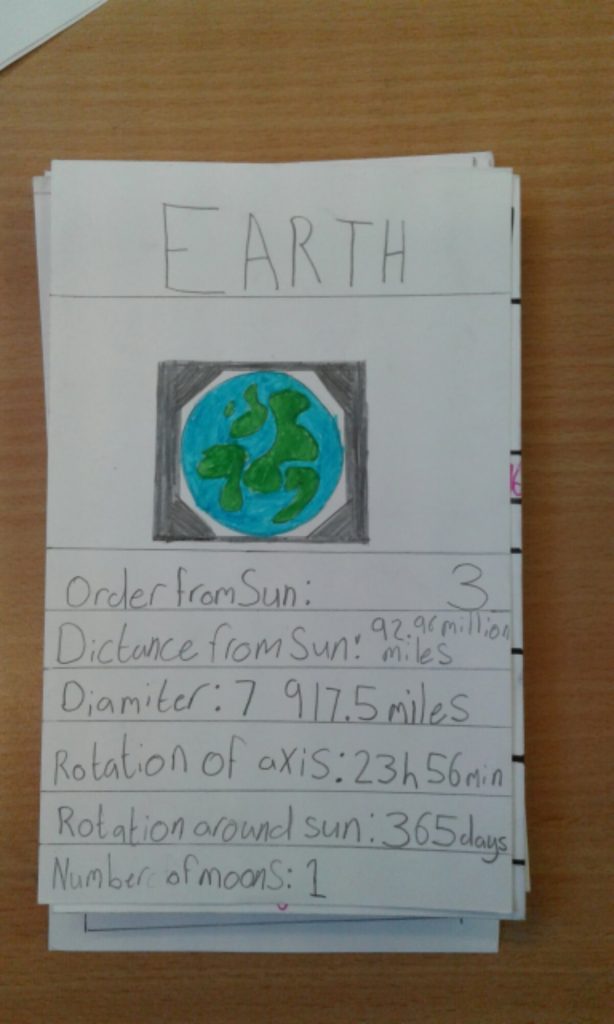 We were also lucky enough to have Jo Richardson visit us last week for our Space Day. Class 2 spent the morning making stick puppets and performing stick puppet shows about space. We then completed some experiments from the ‘Space Box’ like testing metals for conductivity, comparing the weights of different metals and their durability. We then spent the afternoon with Jo learning more about each of the planets and their distances from the sun. Later on, we made some spectroscopes so that we could see all the different colours that were really in light. We had a fantastic day and took lots of pictures! 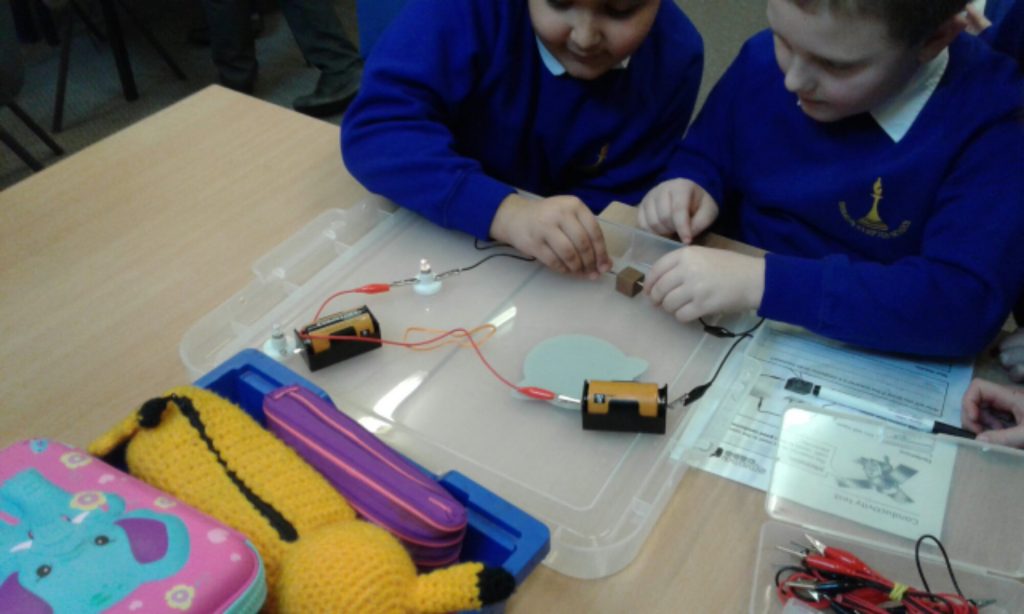 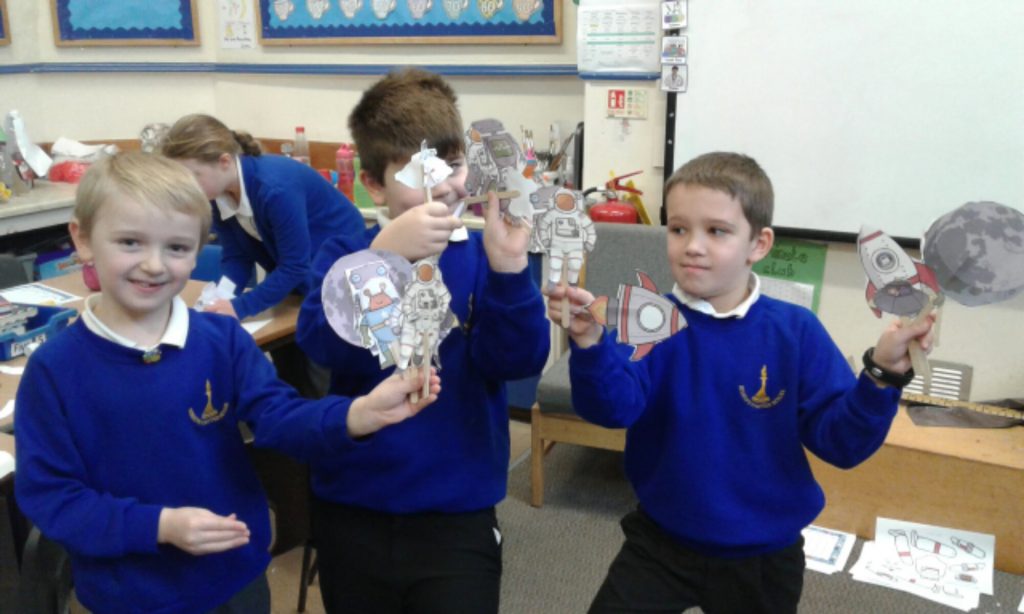 I hope that the children enjoyed this half term as much as me, and that the next one is just as exciting!
Have a lovely half term!