Famous faces were in their abundance on Friday as Bishops Nympton Primary School had a dress up day to support Children In Need.  The children dressed as their favourite celebrity.  A great deal of effort was made with the outfits and families donated generously to the cause.  £86.16 was collected by the pupil council, all of which will be pledged to the Children in Need appeal.

A huge thank you to everyone who donated, we hope you had a fabulous time spending the day in school with so many famous people.

Our year 3 / 4 ventured into SMCC brand new sports hall for this year’s athletics tournament.  10 teams were competing in various athletic events scoring points for their respective team.  This year we took two teams, a combination of pupils from here and our federated partners East Anstey.

It was a great opportunity to get to know their federated friends, and it didn’t take long for them to be working together and encouraging each other along.  This team work was evident in the relay races as our Exmoor link teams finished 1st and second.

Once all the running, jumping, throwing had finished it was the anxious wait to find out the final positions.  The hard work throughout the afternoon paid off with one of our teams finishing 5th and the other 1st.  An outstanding result, one which we are very proud of. 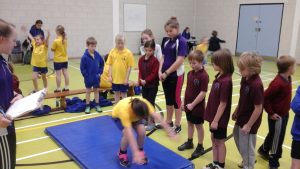 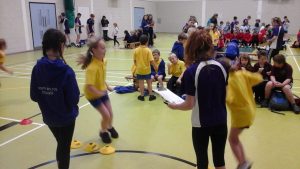 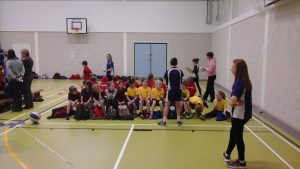 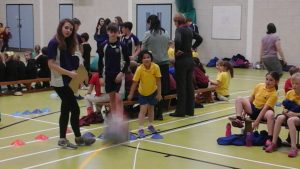 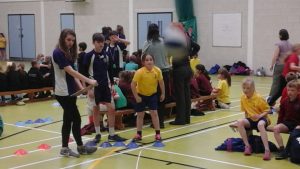 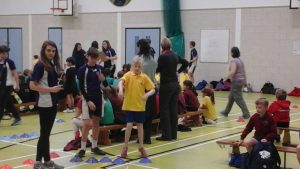 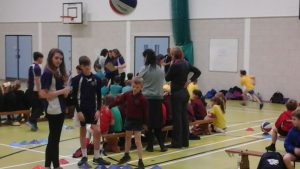 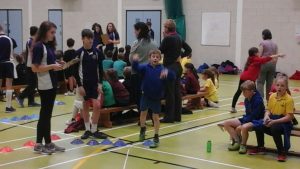 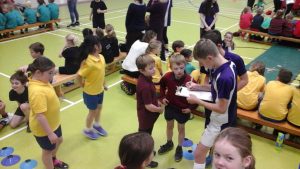 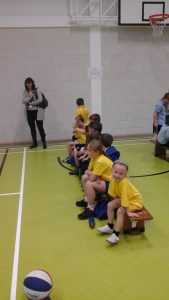 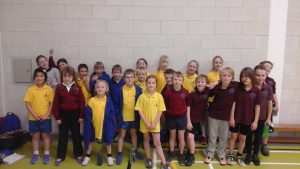 Harriet continued to fly the flag for Bishops Nympton in this years North Devon Show jumping League as round 2 took place on Sunday.  Harriet, jumping for the first time herself in round 1, gave her pony Chiffy his first outing in round 2.  Harriet explained “he has never jumped at a show before and he was being a real monkey.”

Riding a monkey around the show ring gave Harriet all kinds of difficulties.  Chiffy threw Harriet off and refused most of the jumps making it a very difficult round.  However, despite this Harriet never gave up and  had a good laugh about it all afterwards.  A fabulous attitude to have.

Harriet was joined this time with Madelyn, our youngest entry into the competition to date.  Madelyn, jumping a racing pony, Jinny, only occurred the one fault.  Madelyn reported that ‘Jinny got a little excited and thought he was racing again and missed a jump’.

Well done girls for your weekend efforts.  We are all very proud of you.  Good luck in round 3!

To support and celebrate the work of  ‘children in need’, the staff and children of Bishops Nympton Primary School will be dressing up as their favourite celebrity or famous person.  To take part in this fun event, we ask that a monetary donation is brought into school on Friday 17th November.  All of which will be pledged to the children in need appeal.

We were invited along to the Saints Southwest Football tournament in Okehampton, an initiative run by premier league outfit Southampton, to promote their youth development programmes in the south west.

Despite the travelling distance, this was a great opportunity to show off our sports credentials and show case our talents in front of the Southampton youth team scouts.  There was an unnerving introduction to the football quality on offer as we witnessed a confident and extremely talented Sherwell side brush their high quality opponents aside easily.

We knew from this evidence that we were possibly in out of our depths.  However, in true Bishops Nymton sports style, we showed how dogged and determined us Bish Nym school folk are.  We spent most of our games in our own half, defending stubbornly against very talented opposition.

After a 1 – 0 loss to Stoke Hill, we were rewarded with a 0 – 0 draw against Chulmleigh.  It’s rare to celebrate a 0 – 0 draw,  but in the context of the competition this was a fantastic result for us.  Buoyed with confidence, we continued to fight valiantly.   A freak goal conceded against Wembury, our goalkeeper being blinded by the sun and unable to stop a defensive clearance was an unfair body blow loosing the game 1 – 0.

And finally, along came Sherwell.  Having breezed past all the teams in the competition, we were fearing the worst.  We bravely (and in probable annoyance of premier league manager José Mourinho)  ‘parked the bus’ in front of our own goal.  Wave after wave of Sherwell’s attack bludgeoned our goal, but to their extreme annoyance they could not find their way through the Bishops Nympton Exmoor beast of a defence.

A defensive performance on an immense magnitude earned us the result of the tournament.  A 0- 0 draw, applauded by opposition teams and Sherwell’s Coach.  I am hugely proud of this stalwart effort, proving that we deserve to be in any tournament at any level.

A huge thank you to our parents who helped with transport and cheered us on throughout.  It was a long way to travel but I hope they enjoyed the rewards as I did. 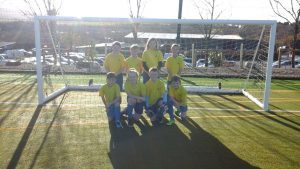 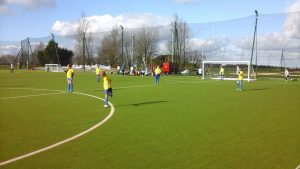 Just a sample of the yummy new option in school,  showing the ham wrap and the salad bar. 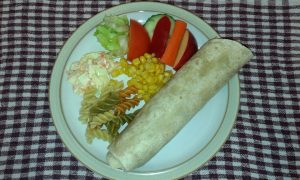 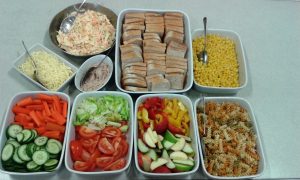 A group of 8 children enjoyed the spectacles of the night sky during last nights astro evening at Dulverton School.  The children were superbly behaved, demonstrating their knowledge of our natural world.  Several staff members commented on how knowledgeable our children were and were very impressed with their enthusiasm to take on any challenge and succeed.

After  a hot dog supper, we travelled up into space alongside Tim Peake via the Space Odysseys Planetarium.  A breathtakingly immersive and inspirational experience  as we travelled through our solar system, visiting various planets before looking at the phases of the moon and star constellations.

John Parratt from Tiverton astronomers shared with us some mind boggling facts and figures about our sun, moon and earth. We looked at the scientists theory of how the Earth was created and how life was formed.  The complex information combined with some beautiful photos of our sun and moon was very educational.

Nocturnal, diurnal and crepuscular.  Do you know what they are?  We all found out from the Exmoor zoo staff the animals that fit into these 3 categories.  Once we understood how they had evolved to adapt to these living conditions, we then got to meet them face to face.  A hands on experience with some unusual animals who go about their lives whilst we are tucked up in bed.

We then ventured out into the Devonshire darkness with the Exmoor Rangers.  We learned how our mind tricks us in the dark to seeing colours before translating the night sky onto the playground.  We were tasked to mirror Ursula major and Ursula minor from the night sky onto the playground which, to the amazement of the Exmoor Ranger, they completed with ease.  Very impressive!

A hot chocolate to warm us was a needed and enjoyable end to a fantastic event.  I hope the children enjoyed the experience and were inspired to further their knowledge about the world at night. 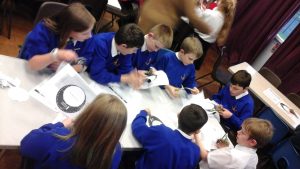 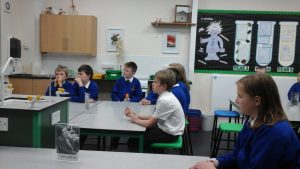 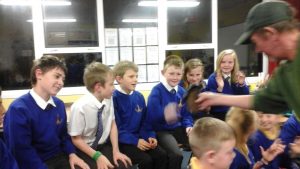 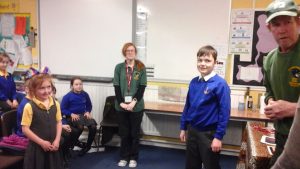 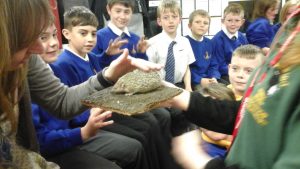 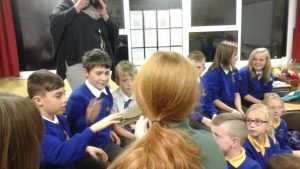 The Intra House Sports Competition is now in top gear as we have now already completed two rounds of sporting competition.  The idea of the competition is to engage all pupils into competitive sporting challenges to test their skills learnt in P.E against their fellow peers.

Winning, loosing and fair play is a major part of sport which can only be taught through competitive play, our aim is to instil these key attitudes through sport as well as building in our 4 school drivers; Confidence, skills, Experience and Standards, to their P.E lessons.