This week class 4 were set a very important task by Warburton’s master baker to find out which flour would provide the best rise for a bread range which they would like to sell in stores across the UK. Our keen food scientists started their research by finding out about wheat and gluten and used this knowledge to design their own bread.

Today arrived the time to test whether their choice of flour was going to produce the best bread to meet the client’s specifications. I can say based on what they looked like coming out of the oven there are many contenders for the title of best baker. The ranges of flour used were rye, whole wheat, gluten-free, strong white and self-raising.

In amidst all the cooking, there was time for a couple of experiments. The scientist filled bottles with sugar, yeast and water and covered the top with a balloon and observed how yeast works in action. The balloons soon filled with carbon dioxide as it was released as the yeast budded. There was also the chance to wash flour to help them understand what gluten is. By washing the flour, the starch is removed leaving an elastic dough called gluten.

Due to lack of time, the sampling of bread will take place during the morning tomorrow. 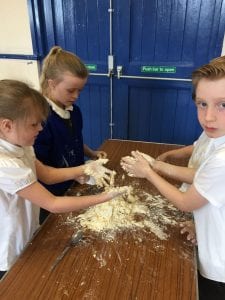 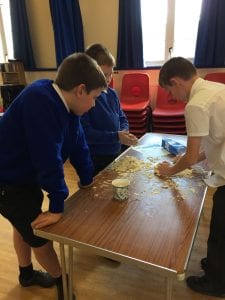 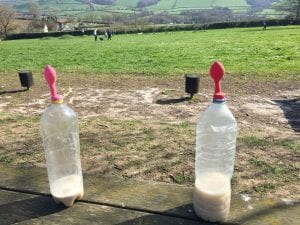 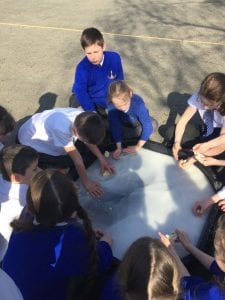 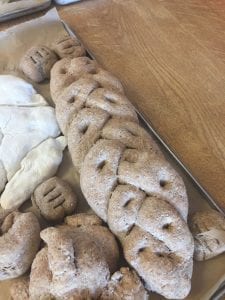 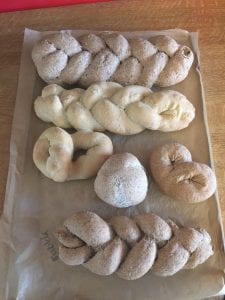 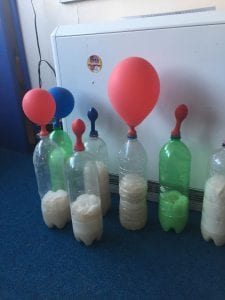