Twelve children from Bishops Nympton and East Anstey had the amazing opportunity to take part in the Met Office Science Camp that took place on Friday night and Saturday morning. Upon arriving at the Met Office Exeter base the children were split into two teams – Team snowflake and Team Aurora – to start their meteorological journey.  After some delicious dinner, the activities were well on the way. The children learned about the sheep forecast, which is a real thing, used by farmers in the Falklands island to determine when to bring their sheep inside. Following this, they went on to learn about wind and how significant it is to the weather. They discovered how scientists at the Met Office tacked it and even go the chance to make their own anemometer to help them calculate wind speed. At around 8:15 we stopped for a quick snack and then ascended to the second floor to learn about how clouds are formed and how to identify them. The most exciting part involved making our own clouds in the bottle which everyone got to do.  Another highlight from Friday was getting to see the supercomputer which weight the same as nine double-decker buses some of us even got the chance to go inside the closely guarded room.  As the night drew to a close we learnt what a seagull, the sea and supercomputer had in common using some complex but fun chaos theory. Fundamentally, impressing upon us the enormous maths that happens to be able to calculate the weather. At 10:30pm, it was time for a very poignant bedtime story about looking after our unique planet.

On Saturday we continued on our learning journey this time looking at the customer services operations of the Met office. The children had the opportunity to practice what they had learnt the night before to help a real-life client that wanted to know whether to cancel a flying troop display show as he suspected it was going to rain at 3pm when the show was scheduled. From tracking the wind pressure and looking at data from the previous night the children were able to calculate that the show would be able to go ahead however that client would need to warn crowd they might need to bring umbrellas for later. In order to report their finding to the client, the children got to use a green screen to provide a client-specific weather report.

I can only say how proud I am of the children, they had a tremendous amount to knowledge which they shared with each other and others there. Thank you to Mr Huxtable for coming along on the trip.

As the Met Office is a world leader in weather and scientific research photos were not permitted, luckily they had their own photographer circulating so we should have photos very shortly. 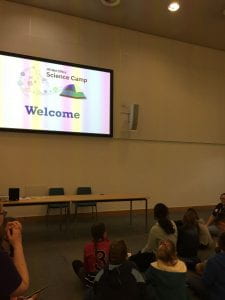 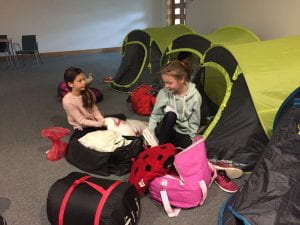